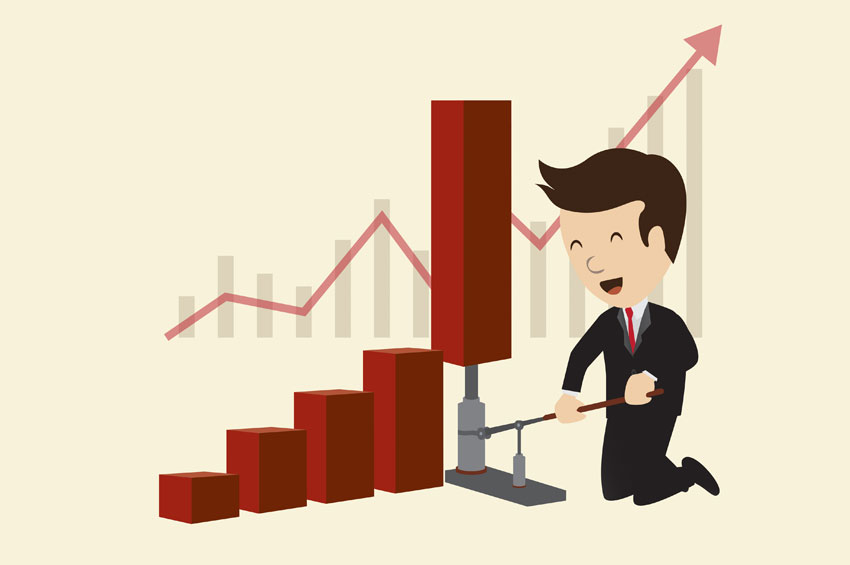 I discovered Aloe Vera of Forever Living Products (FLP) in 1999, actually the same year this fantastic multinational company opened its offices in Rome. And to think that, until then, I had not even heard about this plant, known for thousands of years for its extraordinary healing properties. I discovered it and the FLP Network Marketing thanks to an exceptional woman, Lorraine Cornford, who placed an ad. I used to follow closely newspaper ads, as they gave me an idea of the expanding sectors in the job market, and so I could decide where to apply for a managerial position in case of a voluntary or involuntary job change. I was 55 and still looking for the best and definite solution. Had I continued to do what I had always done, I would have obtained what I had always obtained: I would have continued to be an executive manager. Despite the enviable income and position of prestige, I was unhappy, especially due to the volatility of the job market.
I decided to change my life. I threw away my curriculum and accepted the challenge. After the industrial expansion and the depression that ensued, I saw many managers out of work, desperate and hopeless. At that time, Lorraine certainly did not look like a successful person. She lived in a humble apartment in Sesto San Giovanni, a suburb of Milan, with two small children and facing many difficulties. I will spare you of the details. Many seek to have or boast of having a ridiculously rich and successful Sponsor. I boasted a penniless sponsor who had a great desire to succeed and very rich in determination, patience, constancy and perseverance. I am glad to have contributed to improving the quality of her life and, of course, of my own. After a little more than two years, she was already living in Versilia, in a villa with a swimming pool.
At the age of 55, as I said, I did not want to run the risk, as a manager, of remaining out of work after one, two or three years, or fret about making it until retirement at the age of 65. I was fully aware that everything I gave to companies in terms of ideas, organization, image or customers, remained there, and I had to start from scratch every time. I was often bound by a two-years no-compete clause in the Contract that did not allow me to find a job in the same sector for some time and I certainly could not remain unemployed for so long.
Then I met Lorraine in Milan and this first encounter left me rather sceptical, as I had many prejudices about the Network Marketing (Law no. 173 of 17 August 2005 was passed later on), like most people did then and to a lesser extent even today. Since my graduation in the 70s, despite the difficulties due to the loss of my parents, I have built my career from executive and manager to entrepreneur and consultant, and I have seen the labour market being transformed: I personally, almost imperceptibly, moved from production and trade to services. I understood that Network Marketing could be the solution to my problems, but what was the right network? After examining a number of them, I found that Forever Living Products was the best and that it met the requirements I considered essential:

1) Exceptional products – Aloe Vera of FLP undeniably meets this requirement, also thanks to its 7 patents and many other certifications;

4) Everything you do is yours forever and nobody can take it away;

5) No investment of capital;

6) The income is tax-exempt and not accruable with other income;

7) Supplementary Pension obtained through earnings and not paid for with your own money.

I began to drink Aloe Vera and recommend it to others and people’s reactions were so encouraging that I continued to promote it while doing other things. As I was discovering the remaining, extraordinary products, the checks arriving from FLP grew beyond my expectations.
This is because Network Marketing – or multi-level marketing, or the word of mouth – does miracles, contrary to other sales activities in which your income depends exclusively on your own effort and, sooner or later, it comes to an end for reasons of health, ‘divorce’ from the company, or simply retirement. Network Marketing is like a bicycle gearshift, or like a jack used to lift the car and replace a tyre: it multiplies your effort, as more people join in who, in turn, involve others and … there is no end to this. Ultimately, it is simply about using products that everyone, or at least most of the people, use daily. If you go to the supermarket, you just spend money, but if you shop at FLP, you find yourself with best quality products and money on your account, each month. You bring customers to FLP, they remain your clients, and FLP recognizes you a commission for life and for future generations, as long as you observe the Company Policy. Plus, if you manage to pass the message across that they too can make a profit, it’s Bingo for both of you! I know many companies and each one of them has its own rules, but none of them applies the system limitlessly.
In the meantime, I kept receiving regular checks, punctually on 15th of the month, not only from Italy, but also from other countries – France, Spain, England, Germany, Morocco, Australia, the U.S.A., Benelux, Lithuania, etc. – and in some of these countries I did not sponsor anybody. These earnings do not overlap with others and are tax-exempt thanks to the Ministerial Resolution no. 180/E of 12/07/1995. Holy cow, I told myself, Aloe Vera is not the only one that makes miracles. FLP makes them, too!!!!!!. What fascinated me most, however, was that I had not risked a penny and I was enjoying enormously the one thing that I had always lacked as an executive, as a manager, as an entrepreneur and as a consultant: FREE TIME.
This is something I have become insatiable and greedy of, as if I wanted to make up for everything I had missed out on over the years.
There is yet another thing I wish to add: at the beginning of my FLP experience, I used to propose this business opportunity to my peers. Some of them looked down on or felt sorry for me. Well, some of those people are still out of work and have had to pay years and years of voluntary pension contributions before eligible for retirement. Was it a mistake to refuse managerial positions (while my peers were unemployed), and to prefer the Network Marketing of Forever Living Products instead? Certainly not, but there were times when I became nostalgic about leadership and wished I had said yes to the companies that sought me. On the other hand I now find myself working less, gaining more and my many friends are healthier and better off. Isn’t this wonderful? I dare say it’s fantastic!!!. Next year I’m turning 65 and will retire, but I will continue to receive provisions from FLP!!!.
Don’t you think this is wonderful? Did I take the right decision? Let us not forget that, in addition to the executive pension (I have already withdrawn my managerial contributions from the National Pension Fund, taxed by 25%), I will also receive a pension from the contributions FLP has paid all these years. From what I know, in the spring of 2005, FLP paid over €100,000 as my contributions. What will be the amount after ten years of work as FLP distributor, in 2009, when I retire? There is more: as FLP continues to cover my Pension Fund contributions, in a separate scheme, the Fund will adjust my pension biannually, on the basis of new contributions. Finally, one day I might decide to pass my FLP ID to my heir and he will be able to continue my business indefinitely – the same BUSINESS that has been offered to everyone, without distinction, for 30 years, currently including over 9 million people in more than 135 countries and growing. I therefore put at your disposal my overall experience, from 1999 onwards, for you to make the most of this unique opportunity.